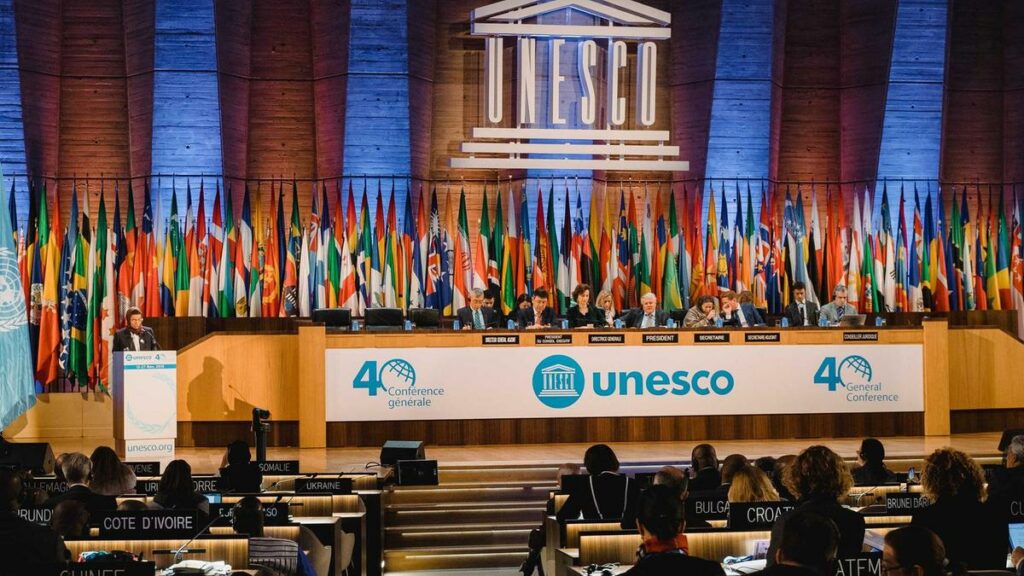 We work together with UNESCO!

In 2014 The storytelling Network of Kronoberg (the Non-Govermental Organization) behind the Land of Legends was adopted as an accredited NGO to provide advisory services to the Committee of The Convention for the Safeguarding of the Intangible Cultural Heritage.

We are one of many NGOs worldwide that have this recognition. This also means that we are a member of ICH NGO Forum, an organization for all the world’s accredited NGOs. In 2019 and 2020 we served on the Forum’s board, of which one year as chairman. The geographical area we represented was Western Europe and North America.

In 2018 the Land of Legends Sweden, was adopted on to UNESCO’s Register of Good Safeguarding Practices. Being on this register means that you have an exceptional good methodology on how to work with intangible cultural heritage. We are really proud of this. We also act as expert when UNESCO ask for it.

Please see our video, that will explain more of our work!

You can also visit:

UNESCO is the United Nations Educational, Scientific and Cultural Organization. It seeks to build peace through international cooperation in Education, the Sciences and Culture. It was founded in the autumn of 1945. Sweden is a member of UNESCO since 1950.

UNESCO aims to promote peace and security through the promotion of international cooperation in education, science and culture with a view to promoting, on the basis of the UN Constitution, the universal respect for justice, the rule of law and human rights, as well as fundamental freedom without racial discrimination, gender, language or religion.

One of the conventions is “The Convention for the Safeguarding of the Intangible Cultural Heritage”.

This convention was adopted by UNESCO in 2003, Sweden ratified in 2011. In May 2018, 178 counties had ratified it. The responsibility for the implementation of the convention in Sweden lies with the authority, Institute for Language and Folklore.

Once a state has acceded to the convention, it must compile a list of domestic intangible cultural heritage. In 2015, the Land of Legends’s and the Storytelling Network of Kronoberg’s work with oral narration was taken up, partly as a cultural heritage in itself but also as a good methodical example, so double up!

At an international level, the convention has a system of different lists:

*A list of Non-Governmental Organizations accredited to provide advisory services to the Committee of the Convention.

*The Register of Good Safeguarding Practices

*Representative List of the Intangible Cultural Heritage of Humanity

*List of Intangible Cultural Heritage in Need of Urgent Safeguarding

The Storytelling Networks of Kronoberg is adopted on the first list and the Land of Legends on the second list, the Register.

For more information about UNESCO, the convention, the lists and the work in Sweden please visit