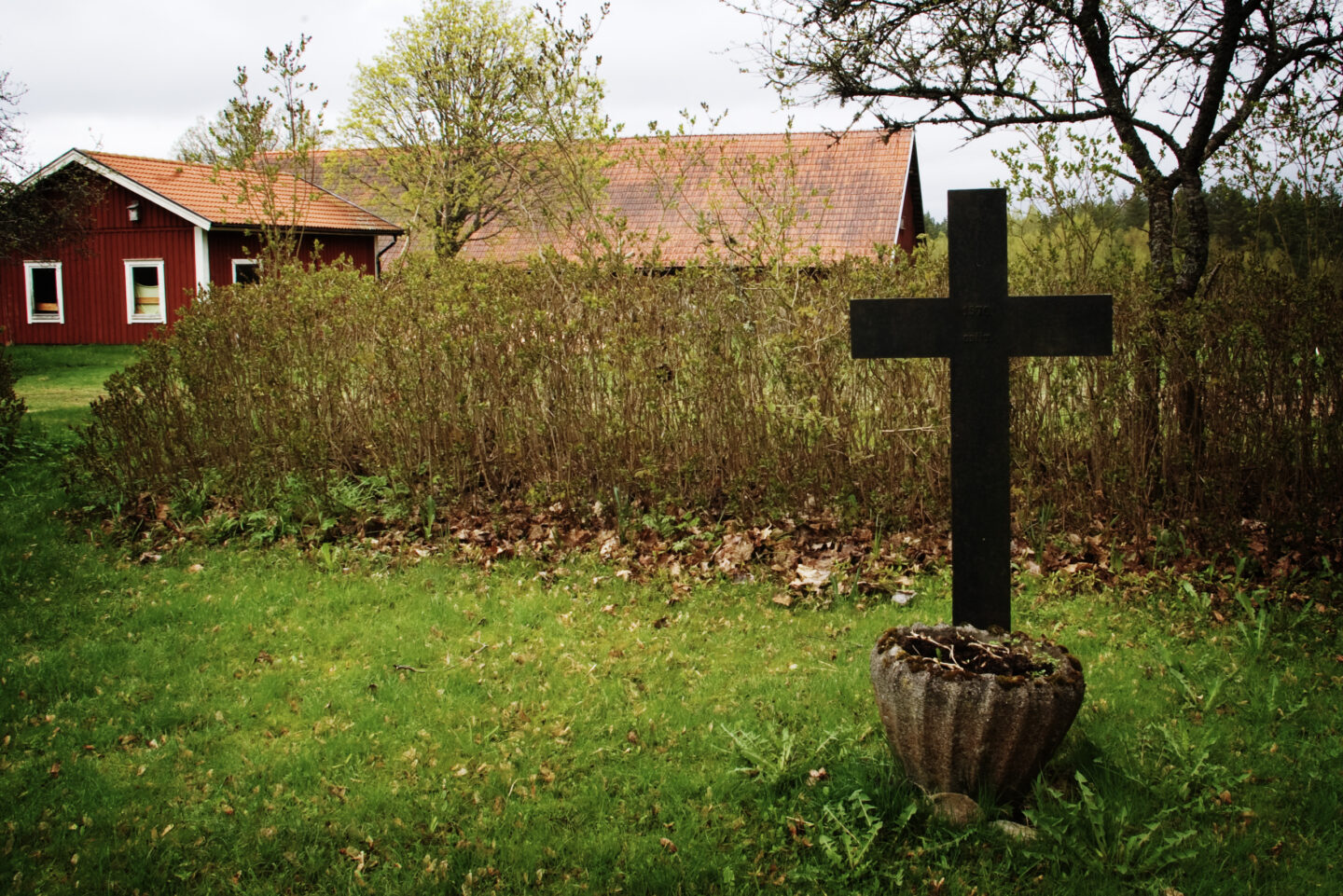 During the Scandinavian seven year war (1563-1570) Danish troops came to Hylte farm. An army captain was given permission to visit his fiancée who lived in the neighbourhood. Because he returned too late to his troops he was executed and on the site where he was shot a cross was raised. It is said that the area is threatened by unrest if the cross isn’t maintained properly.