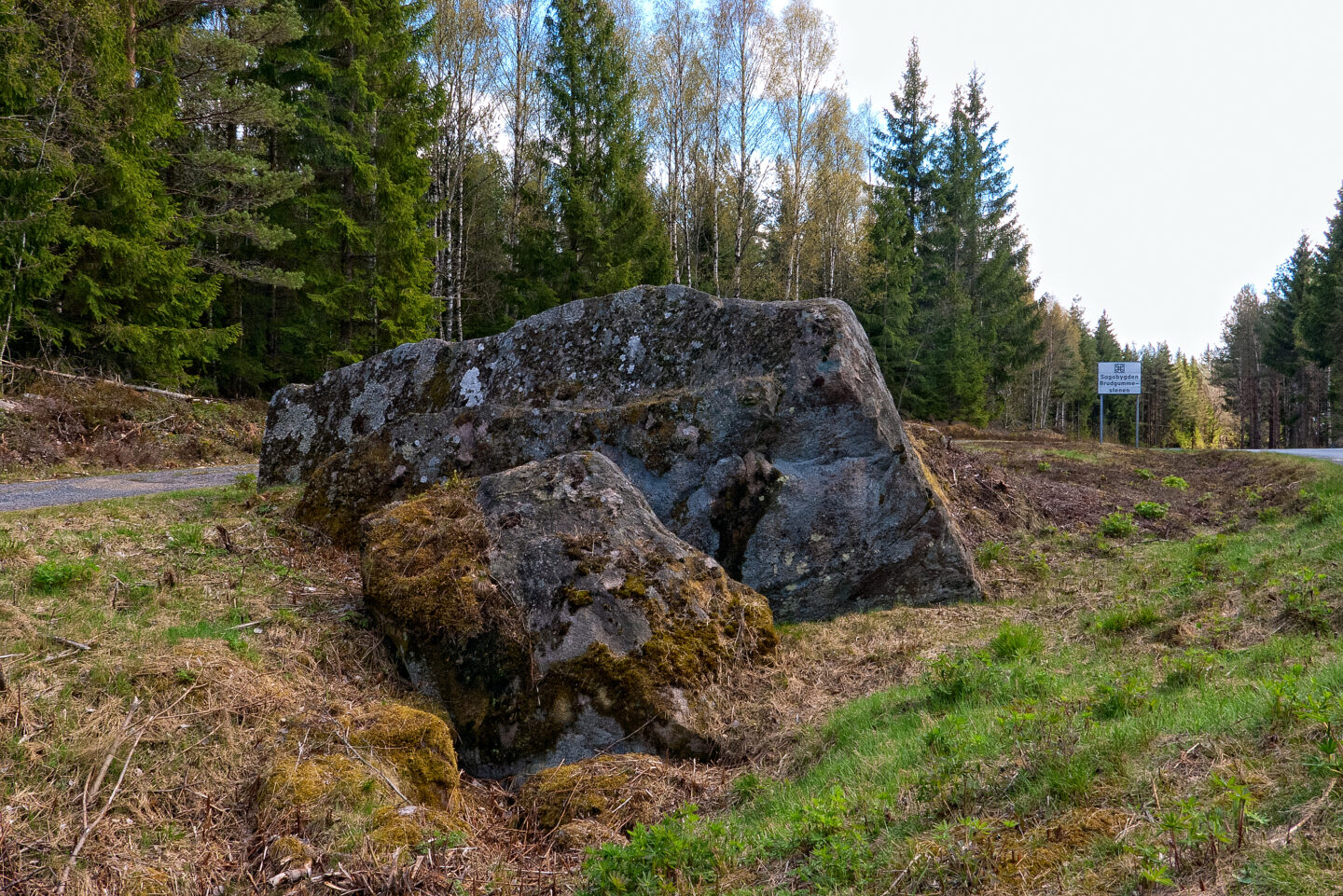 A farmer’s boy named Torbjörn had fought at the side of the rebel Nils Dacke against the troops of the Swedish king Gustav Vasa. Still on the run from the king’s men he fell in love with a farmer’s girl. Yet, the girl was to be married off to a neighbouring farm boy. As the wedding procession walked past a huge rock on its way to church, the bridegroom was hit by an arrow. The rock has been called the Bridegroom's Rock ever since.