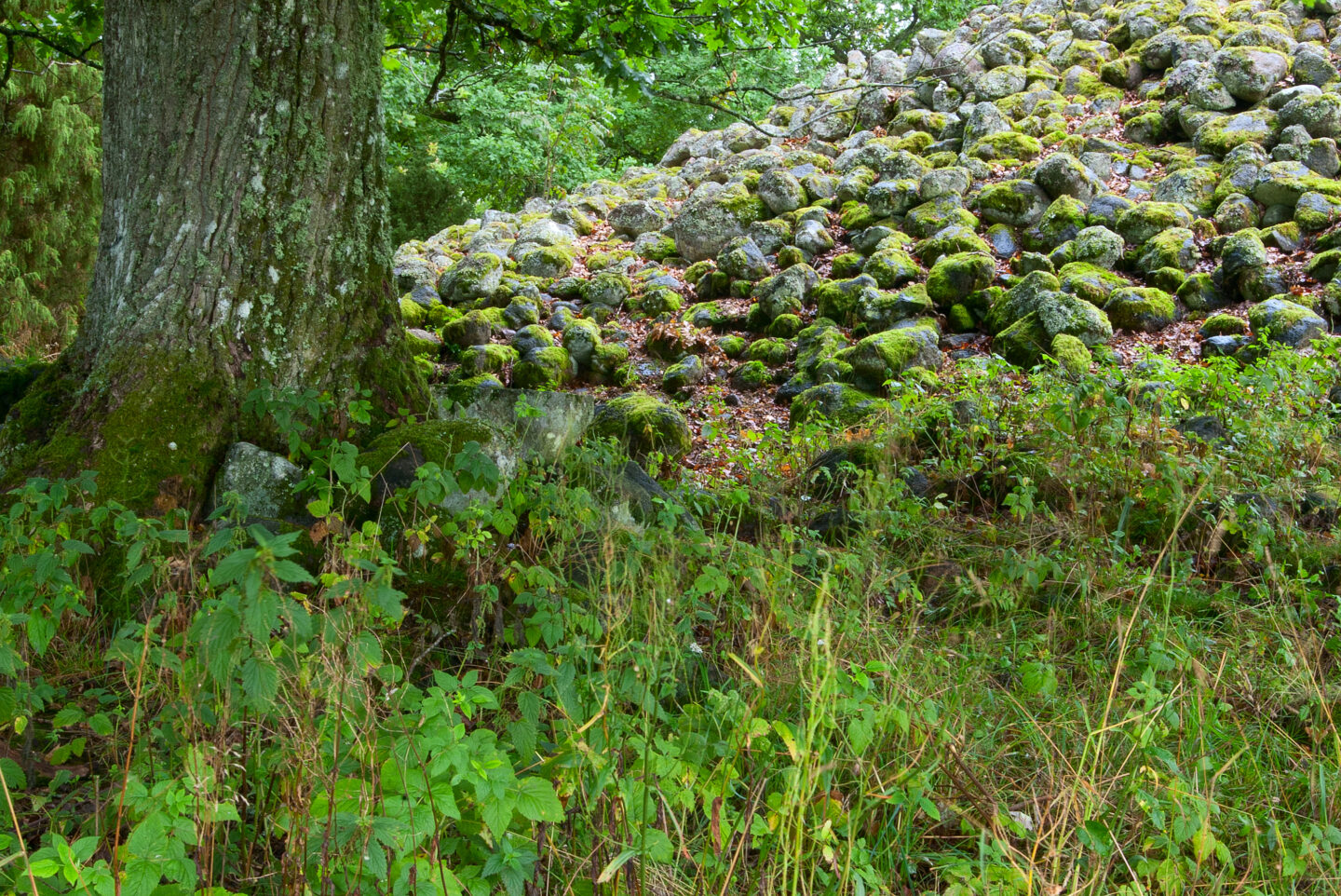 The legend of Blända tells how she and other women from Småland, used their cunning to outwit and defeat the Danes at Bråvalla moor. The Danish king was buried in the large cairn by Lake Dansjön, today known as Kongshögen.
For a long time, the tale was considered historical fact but it was actually made up by the master of Huseby manor, Petter Rudebeck (1660-1710) to emphasise Småland's glorious past.